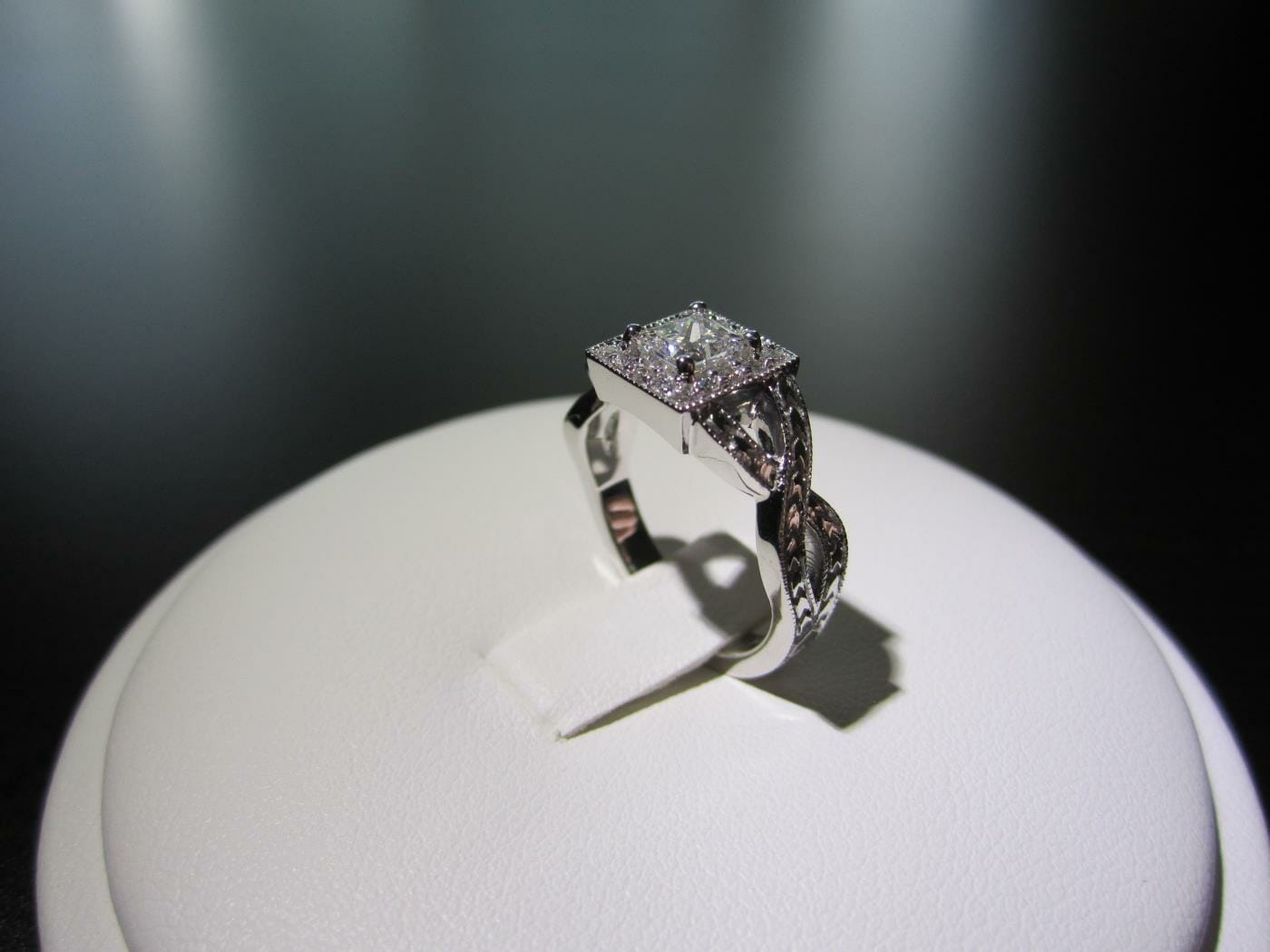 The pear shaped diamond is “pear” or teardrop in shape and is a cross between the oval and Marquise diamond shapes. This is a popular diamond style for pendants and teardrop earrings. The Pear-shaped diamond usually has 58 facets, and is normally cut in the brilliant style, so as to bring out tremendous scintillation. It is used for rings as well, but its shape makes the fingers appear to be longer. While some might desire the effect of elongation that this creates, there are those who would prefer to avoid this. The pear shape allows the cutter to leave more carat weight in the rounded end.

A five prong setting should be used to hold the pear shape. With five prongs, the pear can have its rounded end held with two prongs, two more to hold the rounded sides and a V-shaped prong of an engagement ring to hold and protect the pointed tip. The culet should be centered directly below the diamond’s table, on top of the largest part of the rounded end of the shape, so that the diamond can produce the greatest light effect. Accent stones rarely work well with the pear shape due to the oblong nature of this shape. Some have associated a preference for the pear shaped diamond with the personality traits of being considerate, adventurous, gregarious and adaptable.