N.W.T.’s Diavik mine yields one of Canada’s largest diamonds 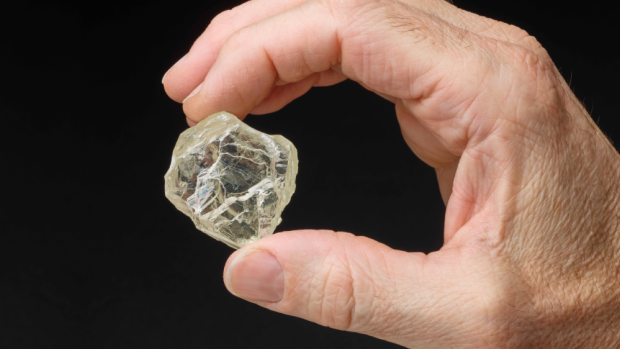 One of the largest diamonds ever discovered in Canada has been found at N.W.T.’s Diavik diamond mine, according to Rio Tinto.

The company, which is the majority owner of the mine 300 kilometres northeast of Yellowknife, has unveiled the 187.7 carat gem-quality rough diamond.

A spokesman for Diavik says it was discovered between May 31 and June 6.

The company has called the two-billion-year-old rock the Diavik Foxfire, and given it an indigenous Tlicho name, Noiʔeh Kwe, which references its strong ties to the land and its legacy.

The diamond is being showcased today at Kensington Palace in London.