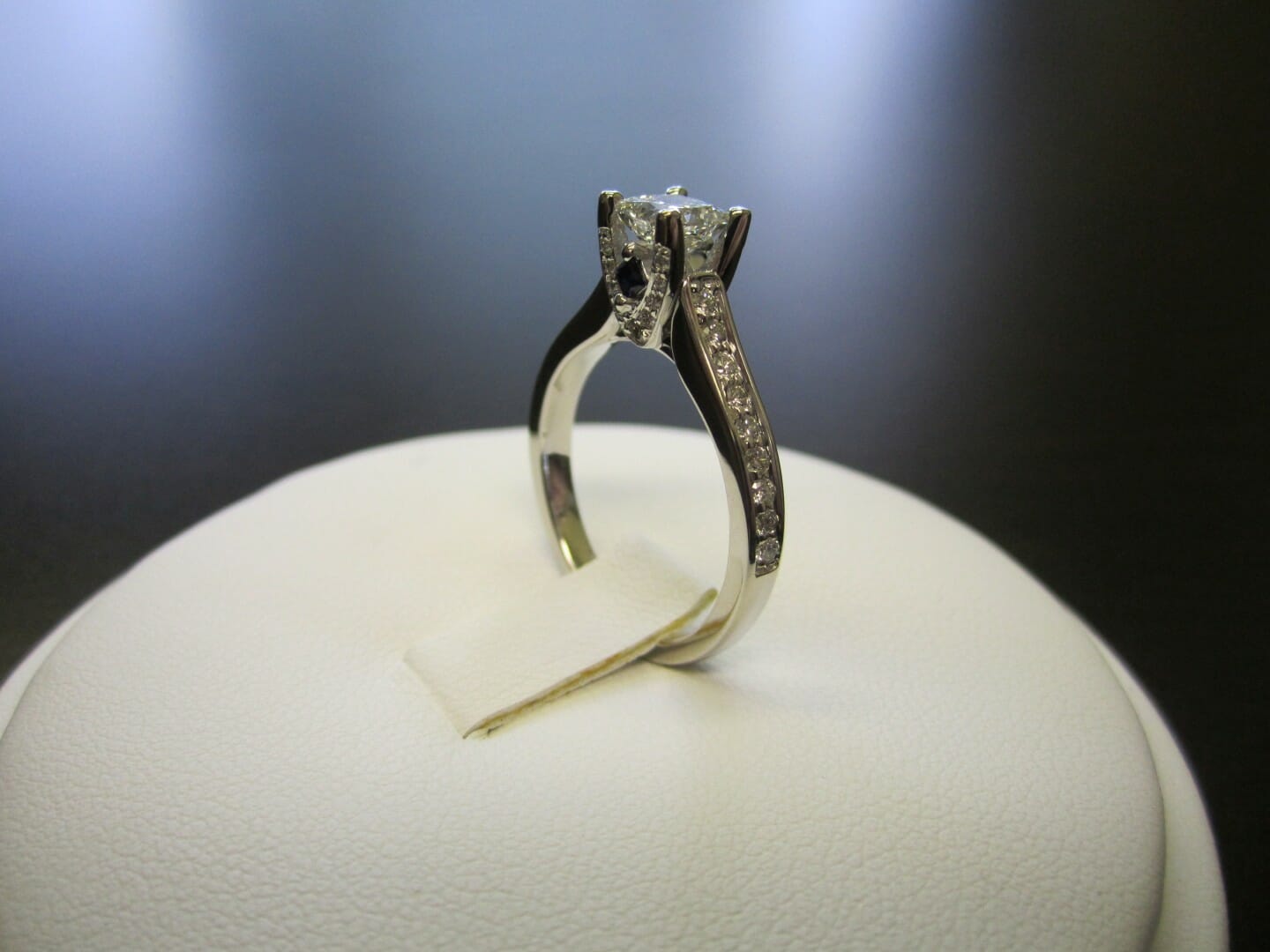 De Beers, the world’s top diamond producer by value, has unveiled a new device to detect whether that engagement ring / your piece of jewellery is or not a man-made stone, in an effort to bring greatest transparency to the synthetics market.

The SYNTHdetect XL, and an advanced version of a screening device De Beers launched last year,has a larger base unit that allows multiple volumes of jewellery to be screened simultaneously.

The technology allows users to scan larger necklaces, multiple solitaire rings and multiple bracelets, while retaining the ease of use of the original device, said Jonathan Kendal, President of The International Institute of Diamond Grading & Research (IIDGR), a division of De Beers Group.

The world’s top diamond producer by value has led industry efforts to both verify the authenticity of diamonds and ensure they are not from conflict zones.

Anglo American’s De Beers has led industry efforts to both verify the authenticity of diamonds and ensure they are not from conflict zones where gems may be used to finance violence.

Earlier this year, it announced it had successfully tracked 100 high-value diamonds from miner to retailer using its end-to-end blockchain system Tracr. The event was the first time a diamond’s journey had been digitally-tracked along the supply chain.

Shortly after, the company announced a shocking decision to start selling jewellery containing synthetic diamonds rather than mined ones, for the first time in its 130-year history.

The pivotal shift for the world’s No.1 diamond producer, which vowed never to sell synthetic stones, was followed by another unusual move. Last week, De Beers let customers delay acquiring smaller stones, which took a toll on its sales.

Based on the miner’s own analysis, consumer demand for diamond jewellery in the US — where its synthetic diamonds will be first offered this month— represents more than half of global demand; it touched $43 billion last year versus $82 billion globally.

By the time De Beers $94 million synthetic diamonds plant outside Portland, Oregon, is fully online (by the end of 2020), it will produce about 500,000 carats of diamond rough a year. The figure is a far cry from the company’s forecast of 34m-36m carats of gem-quality mined rough for 2018.