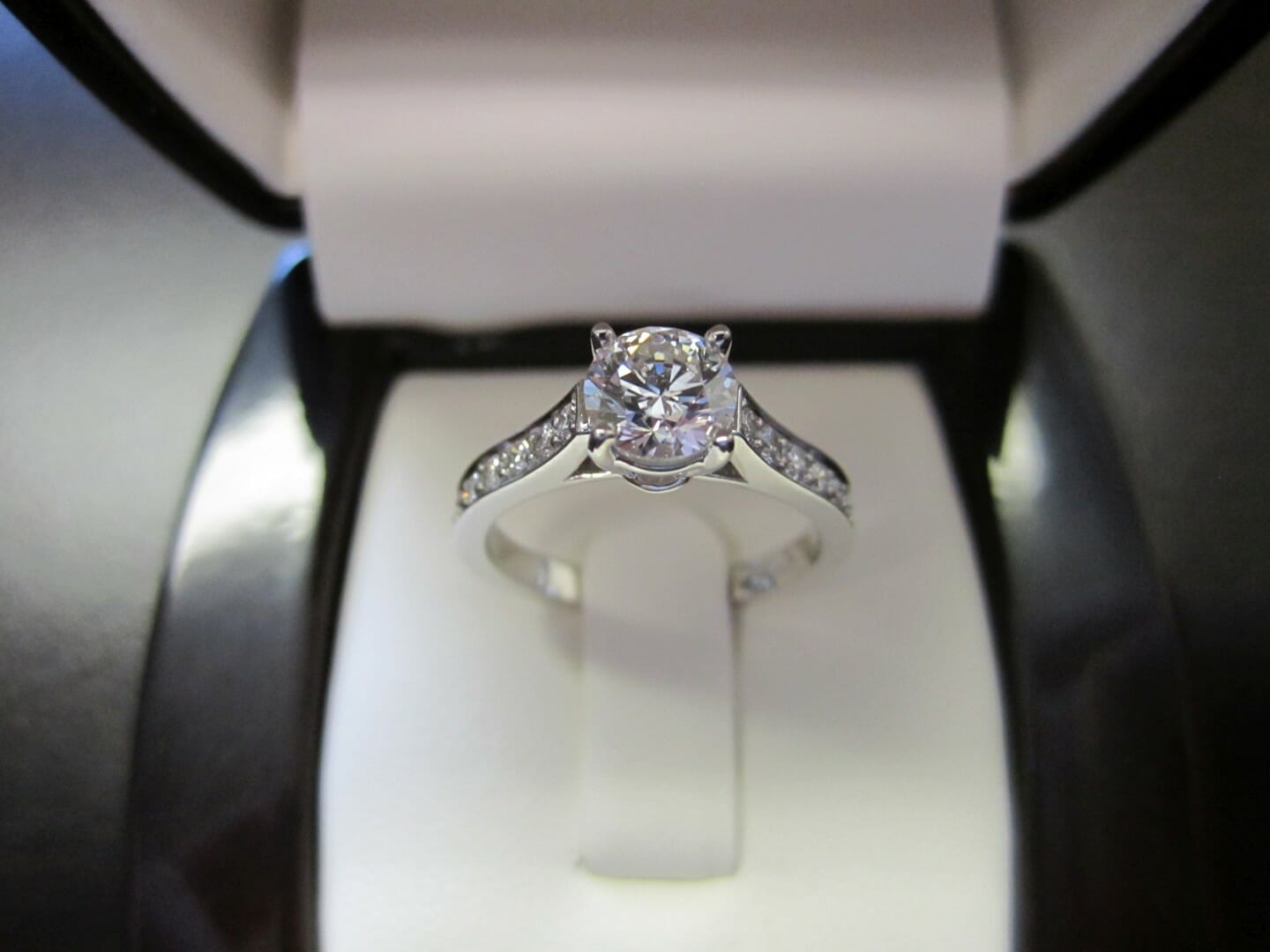 If you’ve seen the trailer for Blake Lively and Anna Kendrick’s new film, A Simple Favor, you know that there’s a lot to take in. But while you were busy checking out Lively’s power suits and trying to figure out “what happened to Emily,” you may have missed something: Lively’s ring looks very, very similar to a certain iconic royal’s.

In a new interview with People, the film’s costume designer, Renée Ehrlich Kalfus, revealed it was a calculated decision to make it resemble royal jewels. “It’s a take on Princess Diana’s ring,” she said, referring to the vintage sapphire-and-diamond ring that was once worn by Diana, and that Prince William later used to propose to Kate Middleton. “I wanted to do something vintage, but the director [Paul Feig] thought it should be more on the nose.”

According to People, the ring serves as an “important plot point” in the film, and was once worn by Lively’s character’s mother-in-law—but we’ll just have to wait until the movie comes out on September 14 to find out more.

While you may be familiar with the recent history of Princess Diana’s ring, you may not realize that its story actually stretches far beyond the era of the “People’s Princess.” The inspiration for the piece actually goes all the way back to the 1840s, when Prince Albert had a sapphire-and-diamond broach designed for his soon-to-be wife, Queen Victoria. She loved it so much, she wore it as her “something blue” on her wedding day, and continued to wear it until her husband’s death in 1861. It was later passed along to Queen Elizabeth II, and it’s said that Prince Charles used the broach as inspiration when he was picking out the ring for Princess Diana.

While Lively’s real-life ring from husband Ryan Reynolds doesn’t have quite the same royal history as the inspiration for her onscreen one, it actually does have some surprising similarities. Like Princess Diana’s ring, the actress’s includes an oval central stone surrounded by diamonds, but instead of a 12-karat sapphire, it’s a seven-karat light pink diamond. And unlike Diana’s/Kate’s/Emily Nelson’s platinum band, Lively’s ring features a rose gold one.