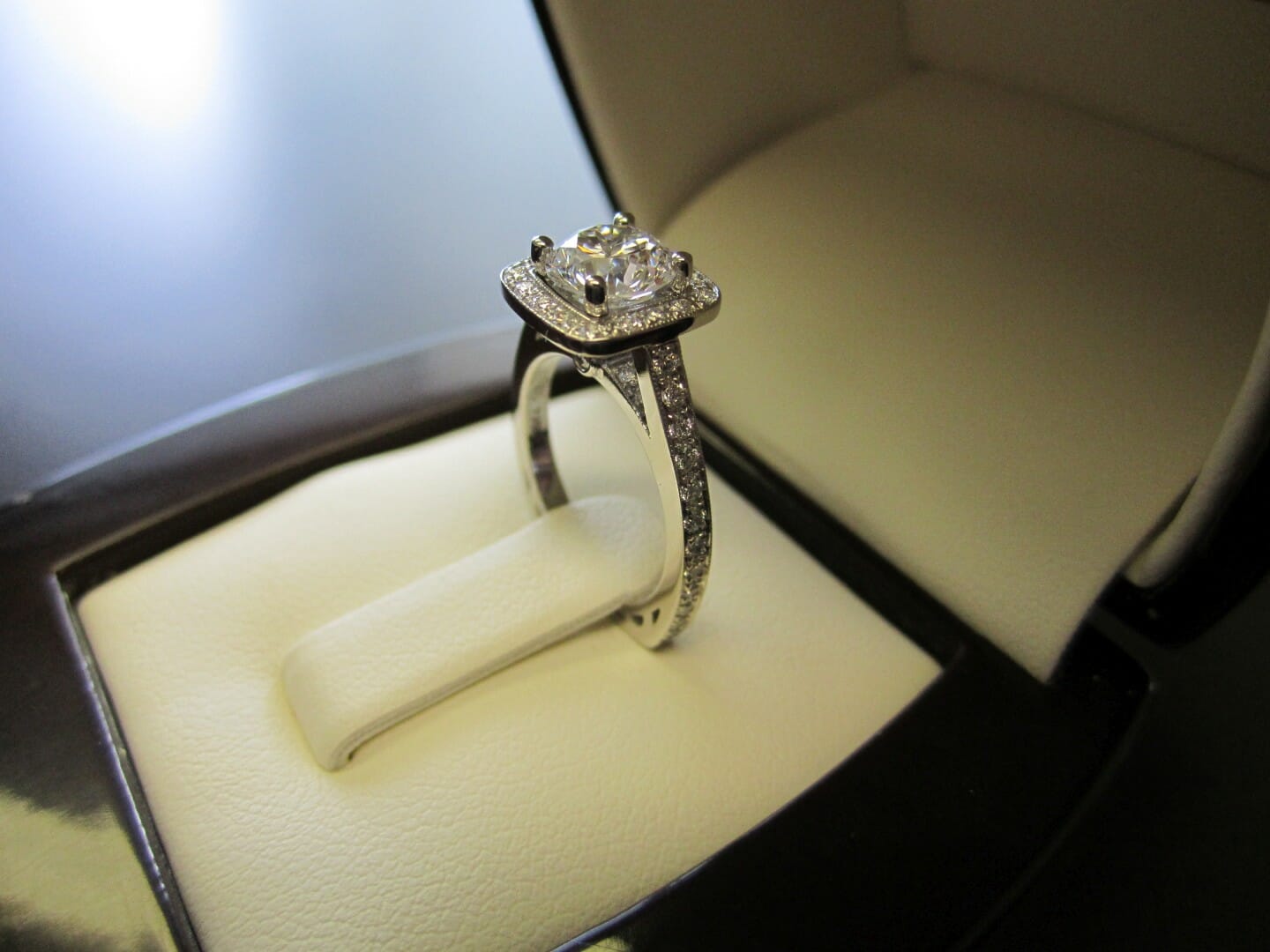 A man’s five-year fight to get his $40,000 engagement ring back after his relationship crashed and burned finally came to an end last week after a judge ordered his defiant ex-fiancée to return it.

Ripley, of Wisconsin, proposed to Rutten in New York because she was working and living here at the time. But the couple split less than a year later without getting hitched and Ripley asked for the ring back.

“I was dealing with the aftermath of Hurricane Sandy and he started harassing me,” said Rutten, of her ex’s requests for the ring.

Ripley sued her in Manhattan Supreme Court and Rutten’s attorneys tried many maneuvers to keep the stunning sparkler.

Her lawyer, William Costigan, argued that the ring was worth less than $13,000 — far below the $25,000 civil-court threshold, according to Manhattan court papers.

According to New York law, if no marriage occurs, the ring must be returned — and the reasons for the breakup are irrelevant, Connolly told The Post.

Rutten also tried to cling to the bling by arguing that she split town in 2013, returning to Milwaukee, Wis., where the couple had originally met, and, consequently, Manhattan didn’t have jurisdiction.

Finally, Rutten accused Ripley in a 2017 deposition of being cruel to her during their courtship.

“From what I recall, he became angrier, he became more typically abusive, emotionally abusive . . . ” She added, “I was angry, I didn’t want to return it.”

But no evidence was produced to back up her claims, and a judge finally granted Ripley’s motion for summary judgment.

“Here the undisputed facts show that the ring was given in contemplation of marriage and that marriage did not occur,” wrote Justice Robert Reed in an Aug. 28 decision. “Thus, Ripley is entitled to the return of the ring.”

“We were always certain that both the law and the facts were on our client’s side,” said Connolly. “I’m sure the court’s decision will bring our client closure from what has been a lengthy and emotionally draining process.”

Costigan and Rutten didn’t immediately return a request for comment.