The stories behind the thousands of engagement rings for sale online 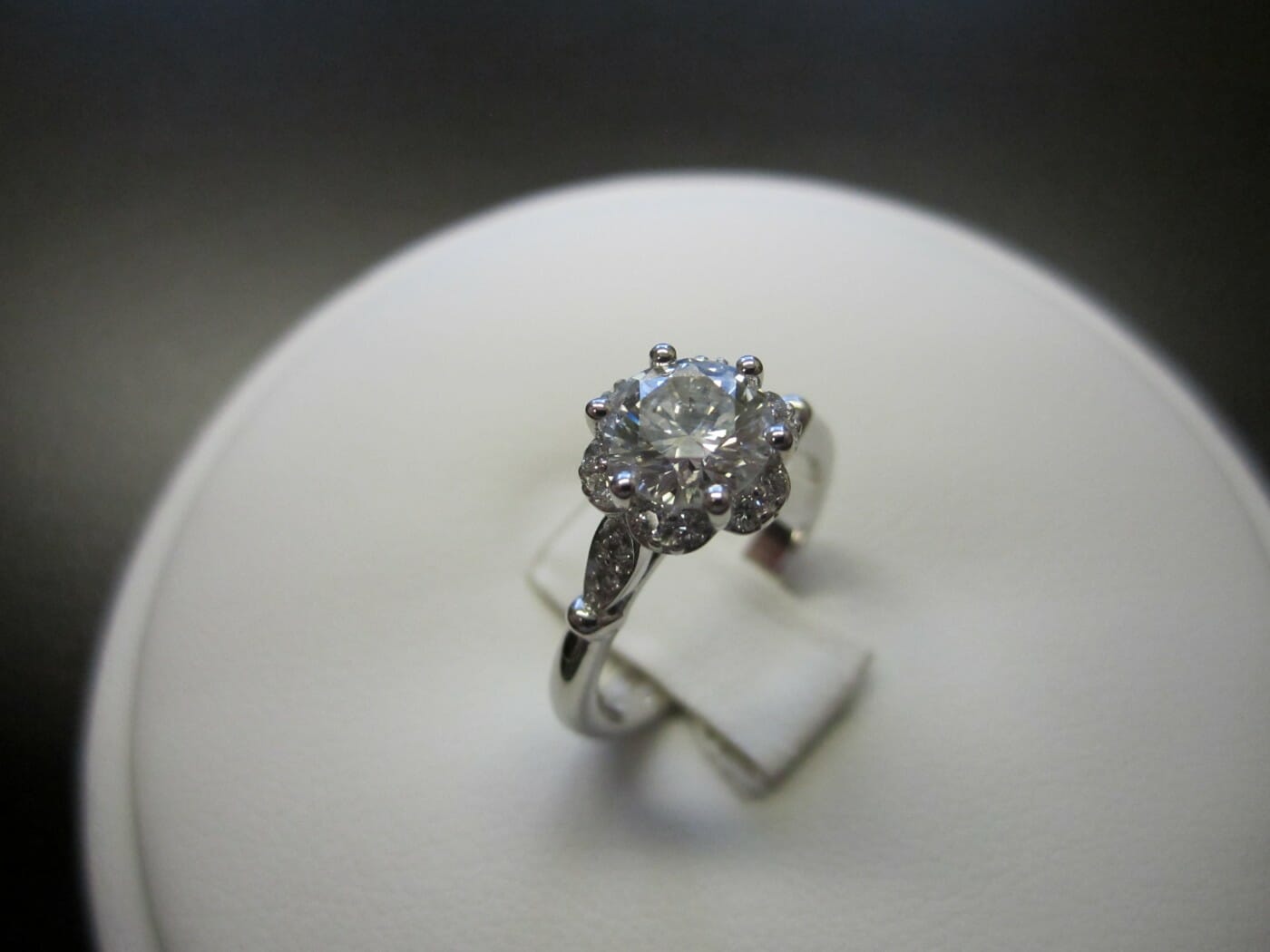 Infidelity or financial strain? Here’s why Canadians are selling their jewels

When someone posts an ad for an engagement ring, you may assume their marriage has crashed and burned, ending in a divorce and the sale of all reminders of the other person.

But there are other reasons thousands of Canadians are selling their jewels on Facebook buy and sell pages, Kijiji and Varagesale.

Financial hardship, last-minute loans and engagement plan mix-ups are some of the reasons these symbols of commitment can end up for sale.

One Regina man told CBC News his engagement didn’t work out and he was trying to get $7,000 for the ring he bought for over $15,000 just eight months before.

A Saskatoon man said he purchased this ring for $15,500 just eight months ago and is now trying to sell it for $7,000. (Varagesale)

A member of a Facebook buy and sell group said she bought the ring she was selling at an auction thinking her boyfriend could give it to her, but later found out he had already purchased one himself.

Other posters had been recently divorced, including one woman who wrote a poetic ad for a Vera Wang ring she was selling for nearly $9,000 on Varagesale.

“Met a boy, married that boy — big mistake, boy turned out to be a liar and a cheat. Time to sell the ring and go to Mexico to celebrate!”

Whose ring is it?

Amanda Sundell’s ring didn’t make it down the aisle.

The Saskatoon woman said she ended her previous engagement prior to the “I do’s.” Recently, she posted her 14-carat white gold ring on Facebook for $1,000 after her relationship ended badly.

Initially, Sundell said there was some conflict over who the ring actually belonged to.

“When you give somebody something, I don’t feel like you can just take something back,” Sundell said. “He did demand it back from me, but I also gave him a car and he refused to give me my car back. So I just kept the ring.”

After a bad breakup, Amanda Sundell found the receipt for her engagement ring and has since posted it online. (Photo Credit: Amanda Sundell)

Sarah Knudson, associate professor of sociology at the University of Saskatchewan, said engagement rings are usually seen as a conditional gift, both according to North American etiquette norms and in the eyes of the law. Essentially, it is widely believed that you can only keep it if you go through with the wedding.

“The majority of advice out there does say give it back, but there is a lot of pushback to that as well,” said Knudson. “If the woman was cheated on, there’s definitely a feeling that she’s owed that ring to keep. And that’s often why these things might escalate into a legal situation because she feels wronged and she actually doesn’t view that as something that was conditional, she views it as a gift that was given freely.”

Knudson said research shows that an engagement should allow time for a couple to not only plan their wedding, but also discuss their goals and enrol in pre-marital counselling. She said the average engagement now lasts a little more than a year.

More people are cohabiting before becoming engaged, with most spending more than a year in a committed relationship prior to engagement, Knudson said.

Despite this, many still fail. And there is often a common thread.

Knudson said the old rule in Canada was to save one month’s wage to buy an engagement ring. Now, on average, Canadians are spending about $6,000.

“Even if you were to compare that to the 1960s and the 1970s, the bar has gotten a lot higher for how spectacular a ring is and how much money they’re spending on it,” she said. “It’s a lot easier to buy these rings on credit and to pay them off over time.”

According to Knudson, a trend in pricier jewelry has gone hand in hand with a general rise in standard of living across the board. People have more cars, more clothes and take more trips.

And the average stone size for engagement rings is one carat.

Over a year since her engagement was broken off, Sundell still had her old ring, but she finally decided to list it online.

“My current boyfriend wanted me to get rid of it,” she said. “It doesn’t really mean anything to me and I can’t really wear it because it was given to me by somebody else that I’m not with.”

Before posting the ad, Sundell said she took the ring to a jeweller who encouraged her to sell it herself because she could get more money for it.

Knudson said it’s a similar concept to selling your house without a realtor. You can make as much money as possible without someone else taking a percentage off of the top.

Sundell said one of her friends had success selling her own engagement ring on Facebook so she decided to try the same thing. According to a receipt she found at her house, her ex-fiance paid about $1,700, so she based her ad price on that.

She said some prospective buyers have expressed negative reactions to the ad, even saying the ring has “bad voodoo.”

Todd Lueck, a pawnbroker at Happy Jack’s Pawn in Regina, said used jewelry is a tough sell. That’s one of the reasons buying and selling jewelry is a small part of the business.

“I can certainly understand people’s reluctance to buy a wedding ring that has made it to the altar at least once or twice before,” he said.

Most people who come in, according to Lueck, are still in the relationship and turn to pawning their ring to get a short-term loan until the next payday. The pawn shop bases those loans on the weight of the gold.

“We generally try to discourage people from getting large loans on those types of items just because we do know that there’s that sentimental value that’s usually not attached to something like a TV or an iPad,” said Lueck. “All that means is that they will have to pay less when they come back.”

If people want to sell their ring, he encourages them to go to a jeweller to get an accurate assessment.

It’s likely that pawn shops like his won’t take it.

“There’s a lot of fake gold on the market and there’s stuff that’s basically costume jewelry that looks really good so if you’re not in a position to assess that, then you’re vulnerable…you’re at risk. And we don’t like to be at risk,” he said.

If something has an 18-carat gold stamp, Lueck said it’s likely fake because there isn’t a lot of it on the market. He encourages online buyers to double-check authenticity before making a purchase.