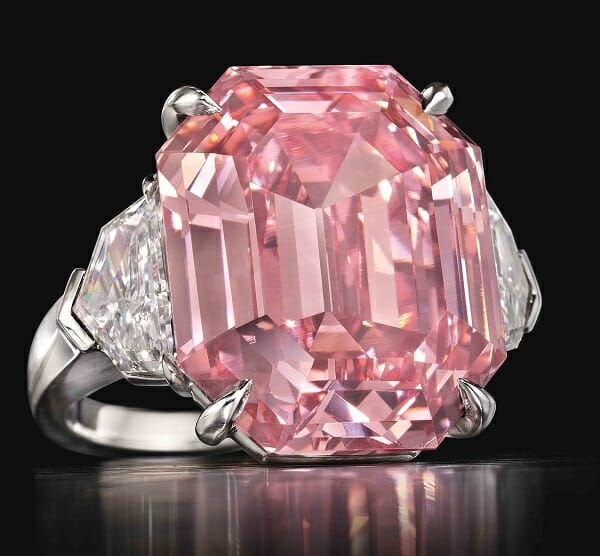 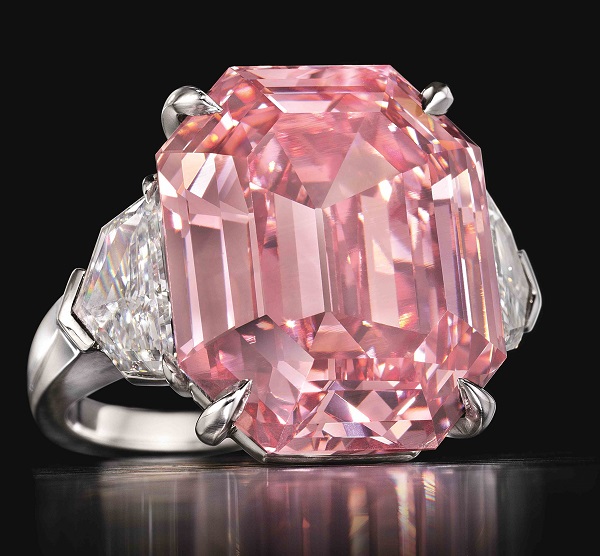 The rectangular-cut, 18.96-carat, fancy-vivid-pink stone went for $50.4 million at the auction Tuesday, becoming the most expensive pink diamond Christie’s has sold, the auction house said. At $2.7 million per carat, it also achieved a world-record average price for a pink diamond at auction, beating the 14.93-carat Pink Promise, which fetched $32.5 million ($2.1 million per carat) at Christie’s Hong Kong in 2017.

The buyer renamed the stone — formerly the Pink Legacy — as the Winston Pink Legacy. It previously belonged to the Oppenheimer family, and had a presale estimate of $30 million to $50 million.

“This exceptional diamond captured the imagination of international collectors across the globe, with over 30,000 people visiting Christie’s sale previews to see this remarkable stone,” said Rahul Kadakia, Christie’s international head of jewelry. “It has taken its rightful place among the world’s greatest diamonds.”

Some 86% of lots sold at the Magnificent Jewels auction, yielding a total of $110.2 million. The event was 90% sold by value of items available.