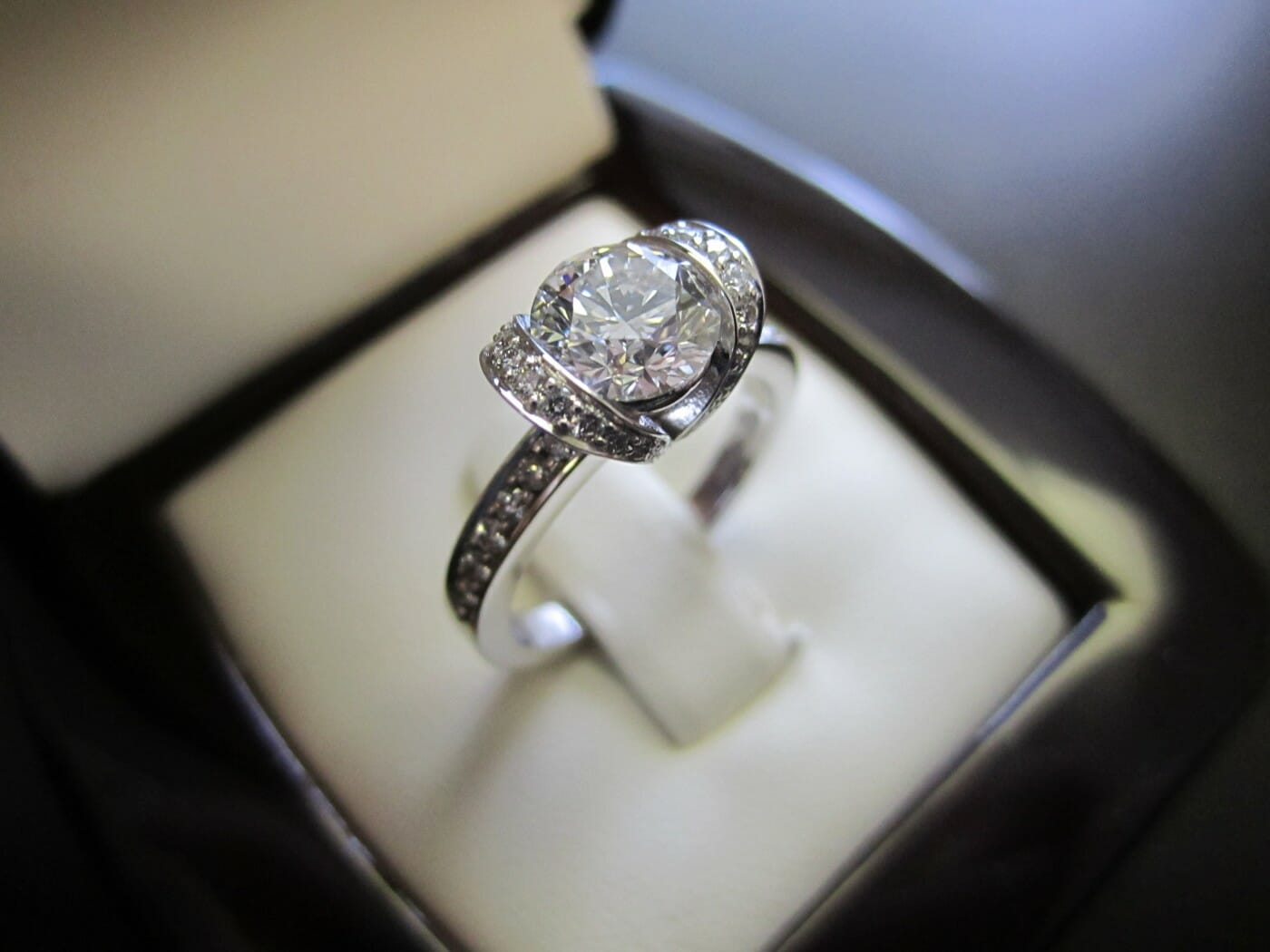 A WIDOW has been reunited with her precious engagement ring thanks to a ‘knight in a shining armour’ and an appeal in this newspaper.

Ann Reader, 77, of Trowbridge was beginning to lose hope that she would ever find the 18-carat gold and diamond ring given to her by her late husband, Brian.

She had worn the ring for 57 years before losing it on June 15.

Robert Chant, of Oak Park, found the lost piece of jewellery, a single gold band with a central diamond in a flower setting, in The Shires car park and on Tuesday the pair met so Mrs Reader could be reunited with the ring.

“I am speechless, it’s like a dream come true,” said Mrs Reader, who lost her husband 14 years ago.

“I feel like a kid at Christmas. I cannot thank Robert enough – he is like my knight in shining armour.

“I almost burst into tears, it just means so much.

“The 12 days that I did not have it were just awful for me. I had looked everywhere but without any luck.

“When the Wiltshire Times contacted me to say my ring might have been found, I was so excited but also trying not to get my hopes up too much.

“I want to thank the Wiltshire Times and Robert, who has made me so happy.”

Mr Chant, 62, was riding his bike out of The Shires car park last Monday (Jun 19) when he ran over something small and shiny. He wheeled around, picked up the gold ring and took it back to his home for safe keeping.

When he read the story about Mrs Reader’s lost ring in last week’s Wiltshire Times he realised the significance of what he’d found.

“When I saw the article, I thought, ‘That sounds familiar,’ so I raced over to the jar and got it out.

“I was pretty sure it was the lost ring she was looking for,” said Mr Chant, who is a builder by trade.

“My friend then helped me out by taking photos of it and sending it to the Wiltshire Times reporter. I was really hopeful that I had found her precious ring.

“When I gave it to her, and she said it was hers, she gave me a huge hug. It was lovely to be part of and I am just very happy that I was able to find it.”

Mrs Reader has given Mr Chant a £100 reward to say thank you.

“It was very kind of her,” he said. “Now me and my son can look forward to a nice Chinese meal – I haven’t had one in ages,” he added.