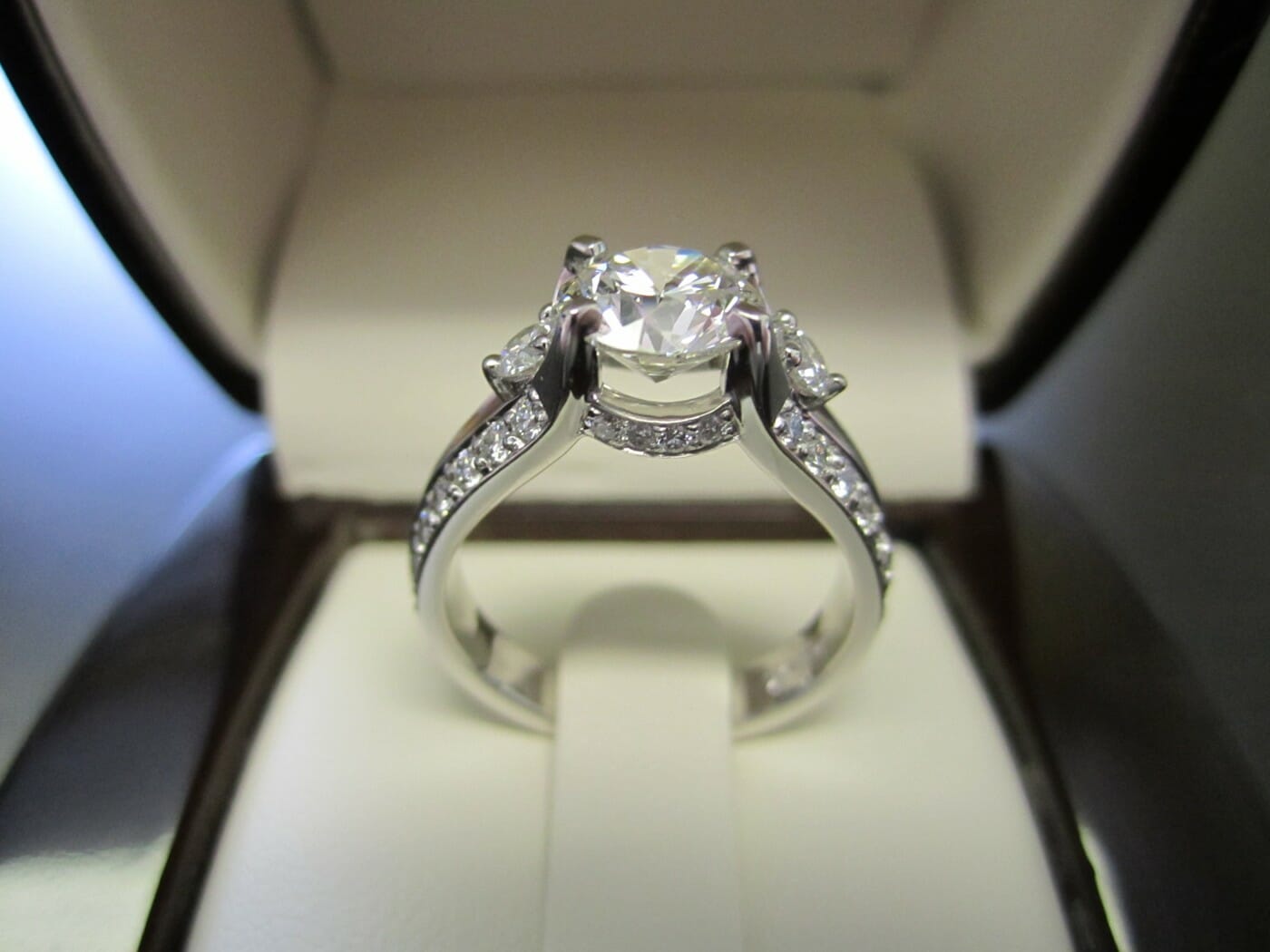 Diamonds have a long history as beautiful objects of desire. In the first century AD, the Roman naturalist Pliny stated: “Diamond is the most valuable, not only of precious stones, but of all things in this world.”

A diamond has to go through a lot before it reaches the jeweler’s display case. It forms deep in the earth under extreme heat and pressure. It’s ejected violently upward until it arrives at or near the earth’s surface. It’s forced from its hiding place by nature or by man. Then it’s cleaved and cut and polished until its natural beauty shines through.

The world’s love of diamonds had its start in India, where diamonds were gathered from the country’s rivers and streams. Some historians estimate that India was trading in diamonds as early as the fourth century BC. The country’s resources yielded limited quantities for an equally limited market: India’s very wealthy classes. Gradually, though, this changed. Indian diamonds found their way, along with other exotic merchandise, to Western Europe in the caravans that traveled to Venice’s medieval markets. By the 1400s, diamonds were becoming fashionable accessories for Europe’s elite.

In the early 1700s, as India’s diamond supplies began to decline, Brazil emerged as an important source. Diamonds were discovered in the pans of gold miners as they sifted through the gravels of local rivers. Once it reached its full potential, Brazil dominated the diamond market for more than 150 years.

While sources changed, the diamond market experienced its own evolution. The old ruling classes—diamonds’ biggest consumers—were in decline by the late 1700s. Political upheavals like the French Revolution led to changes in the distribution of wealth.

By the early 1900s, De Beers controlled about 90 percent of the world’s production of rough diamonds. – Courtesy De Beers

The story of the modern diamond market really begins on the African continent, with the 1866 discovery of diamonds in Kimberley, South Africa. Entrepreneur Cecil Rhodes established De Beers Consolidated Mines Limited 22 years later, in 1888. By 1900, De Beers, through its mines in South Africa, controlled an estimated 90 percent of the world’s production of rough diamonds.

The South African sources affected many segments of the diamond industry. This was especially true as diamond mining moved from the surface to farther underground. Because of the huge costs and comparatively low yields involved, the new sources forced the development of more efficient mining techniques. They created the need for better marketing. They also led to advances in cutting and polishing—advances that increased efficiency, reduced costs, and enhanced the appearance of finished stones.

At the end of the 1970s, the world’s most important rough diamond producers were South Africa, Zaire (now renamed the Democratic Republic of Congo), and the former Soviet Union. In the 1980s, output of higher-quality diamonds from Russia and South Africa remained relatively constant, but Zaire’s production of lower-quality diamonds more than doubled.

In 1982, a highly productive new mine in Botswana added to world production. A prolific source of high-quality diamonds, the Jwaneng mine boosted Botswana’s production so much that the country rose to third in the world in total diamond recovery, and second in diamond value. De Beers contracted with Botswana’s government to buy the mine’s production and Botswana set out to build its own diamond-cutting industry.

World diamond mining expanded dramatically with the discovery of sources in Australia in 1985 and important new deposits in northern Canada in 2000.

The market probably changed as much after 1990 as it did in the years after the 1866 discovery of diamonds in South Africa and the establishment of De Beers. The 1990s brought exciting new sources and encouraged the dramatic growth of some cutting centers. All this was happening as the world economy fluctuated wildly.

As one of the trade’s major participants, De Beers had to change, too. The De Beers of today bears little resemblance to the De Beers of 1989. The company greatly reduced its role as the custodian of diamond supply. Instead of flowing into the market in a single-channel path from De Beers, diamonds now flow into the market through multiple channels.

Not everything changed, though. Regardless of the path they take, diamonds still flow from mines through cutting centers, and ultimately to retail customers.

Diamond’s splendor has been appreciated for centuries, but there was not much scientific knowledge about it before the twentieth century. Since then, diamond knowledge has grown steadily, with research by chemists, physicists, geologists, mineralogists, and oceanographers. In the past 50 years alone, scientists have learned a lot about how diamonds form and how they’re transported to the earth’s surface. That knowledge has made it easier to predict locations for new diamond discoveries.

The mystique and prestige of diamonds has made them desired around the world to adorn jewelry and watches. – © GIA & Tino Hammid, courtesy Suzanne Tennenbaum
×