Proprietary Cuts: Their Own Brand of Trouble 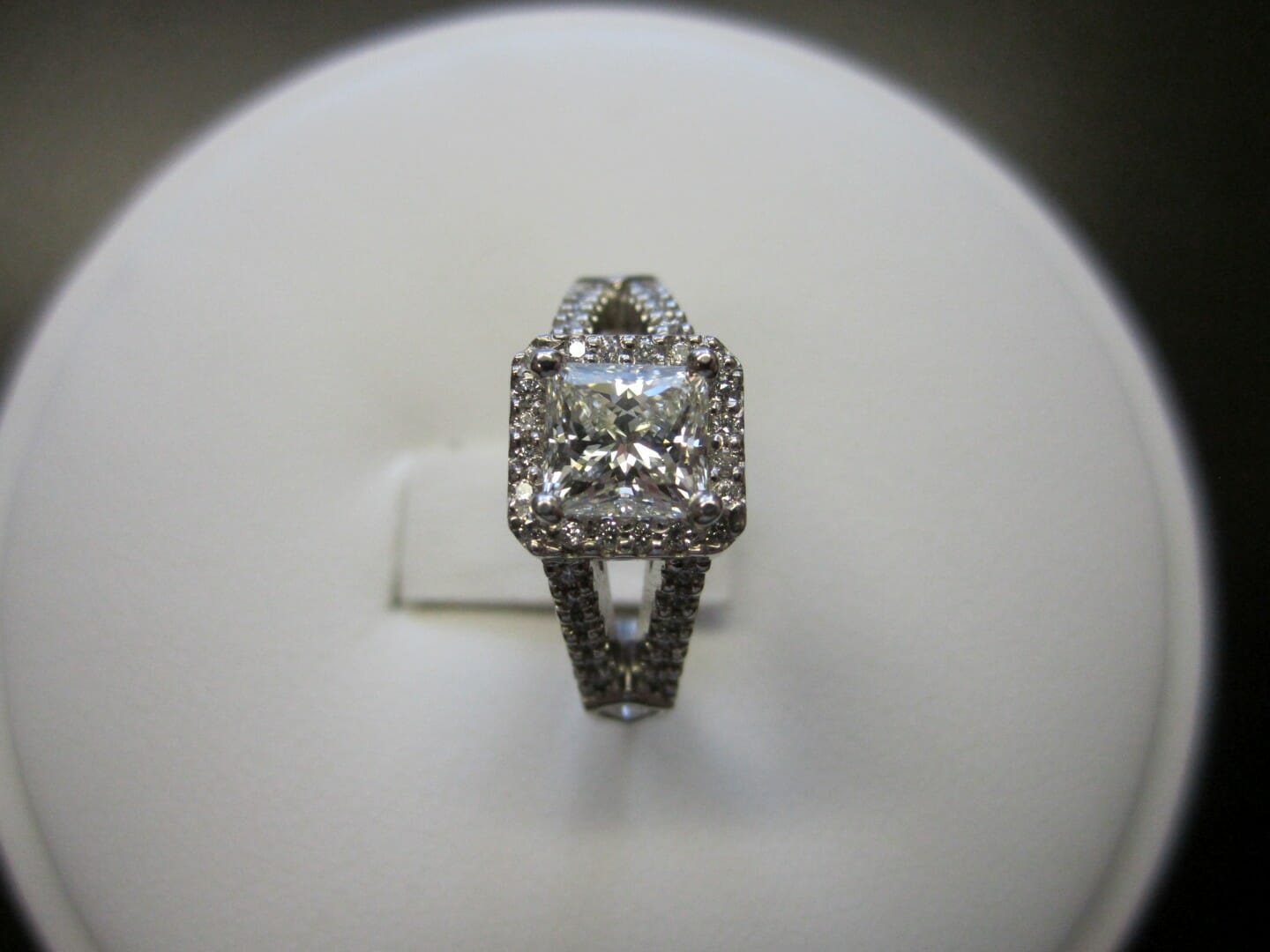 Creating and launching a proprietary cut is difficult for almost any diamantaire. The costs can be prohibitively high, even for larger companies. In addition, the weak prices of non-round goods mean there’s no guarantee the venture will boost profits.

Take the example of Pieter Bombeke (pictured), one of Antwerp’s best-known cutters and a specialist in making innovative, non-generic shapes. Bombeke has created many shapes of his own, but until recently had only patented one: Solomon’s Seal, which uses an optical effect to make the Star of David appear on the stone. He has since begun registering another two creations: the Xiao Long — Chinese for “little dragon” — and the Dreamcatcher, which has a spiral-like appearance.

It’s a difficult business. Many bespoke cuts don’t lend themselves to large-scale production, and are therefore hard to make money from, Bombeke explains.

“Both of the models I’m protecting now are easy to take into production,” he notes. “Lots of the new creations in diamonds, you need to be a master to be able to cut them. The [Xiao Long and the Dreamcatcher] can be done in the same way you cut a brilliant — mass production without too much of a problem, just with a small change in the equipment.”

Cutters such as Bombeke have many proprietary shapes under their belts, yet can’t afford to protect and defend every design, explains Alexander Dayekh of Antwerp-based Dayekh Gems. It’s a vicious cycle in a market where dishonest competitors have been known to buy a tiny diamond with a particular cut, put it through a stone-scanning machine, and reverse-engineer larger, more expensive versions of that same branded cut. Even if the original craftsman has patented the stone, impostors can simply change one facet and win any ensuing court case.

“It means you’re paying for protection but can’t enforce it,” Dayekh sums up.

The imperative to protect intellectual property means relatively high legal fees in the initial stage. Those amounts rise sharply if another company contests the patent, or if the need arises to sue someone who has stolen the design, especially if the culprit is in another country. That’s on top of the cost of buying rough and marketing the product. Simulation technology lets artisans experiment with cuts, but they still have to do some of the work with real stones.

“If you take a painter, his raw materials are a canvas or a piece of paper, and he can turn that into a masterpiece,” says Dayekh, who has launched the Antwerp Diamond Guild to help people in this sector (see box). “But for us, our canvas is very expensive — it’s a rough diamond. So just to experiment, we have to invest a lot of money.”

More established companies can at least handle the high startup costs. New York-based Hasenfeld-Stein spent close to $70,000 obtaining a patent for its FirePrincess cut (then called FireMark), estimates company president Hertz Hasenfeld — and the process took three years due to several challenges to the application. The launch of the cut in 2008 was an attempt to create a more attractive version of the princess, which Hasenfeld says was mainly a lower-end stone because cutters manufactured it to maximize yield rather than for its beauty. The firm, a De Beers sightholder, later introduced another cut, the FireCushion, at a much lower cost, as it received a patent uncontested in just three months.

The FirePrincess and the FireCushion initially commanded a 15% price premium over their generic counterparts, but required 15% extra rough, negating any direct profit. For the FirePrincess, both percentages are now down to about 7% or 8% due to a market-wide improvement in the quality of generic princesses. However, Hasenfeld sees the products as a success, since they have brought in committed repeat buyers.

“The difference is, [now] I have sworn clientele…instead of every time I manufacture a stone having to go and peddle and find a client for it,” he notes. “Every stone is not a new sales pitch.”

One of the largest costs is maintaining the right inventory of the special cut, Hasenfeld adds. Retailers want to be able to buy merchandise on demand, but having too much stock is expensive.

“You’re constantly trying to project how many different stones your clients are going to buy, and what they will be buying,” he says. “We try and use scientific tools, but it’s a cost.”

Hard to pull off

Smolensk Diamonds, a subsidiary of Russian manufacturer Kristall Smolensk, has less happy memories of its escapades in branded cuts. The company had a group of experienced polishers in Russia who were working on creating new cuts, but discontinued that operation about 10 years ago because it didn’t bring in much business, recalls Raymond Cohen, Smolensk Diamonds’ manager in Belgium.

“It’s good to have a new cut, but if you don’t have somebody who’s interested in it, you don’t make it,” he says.

The huge costs of producing and marketing new cuts means they can’t get off the ground unless there’s a solid client base willing to buy the goods repeatedly, Cohen explains. This was generally not the case for Smolensk.

In addition, slicing up rough diamonds for a speculative purpose, and for a relatively low volume of polished, made the project difficult, even for a large company like Smolensk. “If you need one kilo of meat, you’re not going to buy the whole cow,” Cohen says.

Smolensk’s one success was the Phoenix, which took rectangular rough that had little other purpose, and used it to make a longer, cut-cornered version of the princess. It developed a selling arrangement with a UK jeweler, and continued making the Phoenix until two or three years ago.

Even so, there were difficulties. The Phoenix didn’t sell for any premium, and Smolensk sometimes found itself a victim of its own success when demand outpaced supply.

“We didn’t know what to do with the rectangular [rough], so we created a cut for that,” Cohen recalls. “At the beginning, it’s good, because you get rid of the rectangular shapes, but then when you need more, you have a problem.”

Business development can also be “disastrous” given the massive marketing costs and the low chances of turning the endeavor into a commercial success, Cohen warns.

The May decision by the Gemological Institute of America (GIA) to place branded-cut names on its grading reports — as long as the manufacturer can produce the relevant patent documents — could help companies in that regard. Hasenfeld-Stein, which is participating in the GIA’s program, has inscribed the FireCushion brand on girdles and certificates before, “but nothing speaks as loud as the top line saying FireCushion or FirePrincess,” Hasenfeld notes.

For retailers, “generics is pretty much a dying business,” he continues. “There’s always someone selling cheaper — online, or the next-door fellow. The more tools you give the jeweler, the easier it is for them to sell that branded cut that separates him from someone else.”

Dayekh also anticipates benefits from the GIA’s move, though he notes that other laboratories, such as HRD Antwerp and the International Gemological Institute (IGI), have been recognizing proprietary cuts for a while.