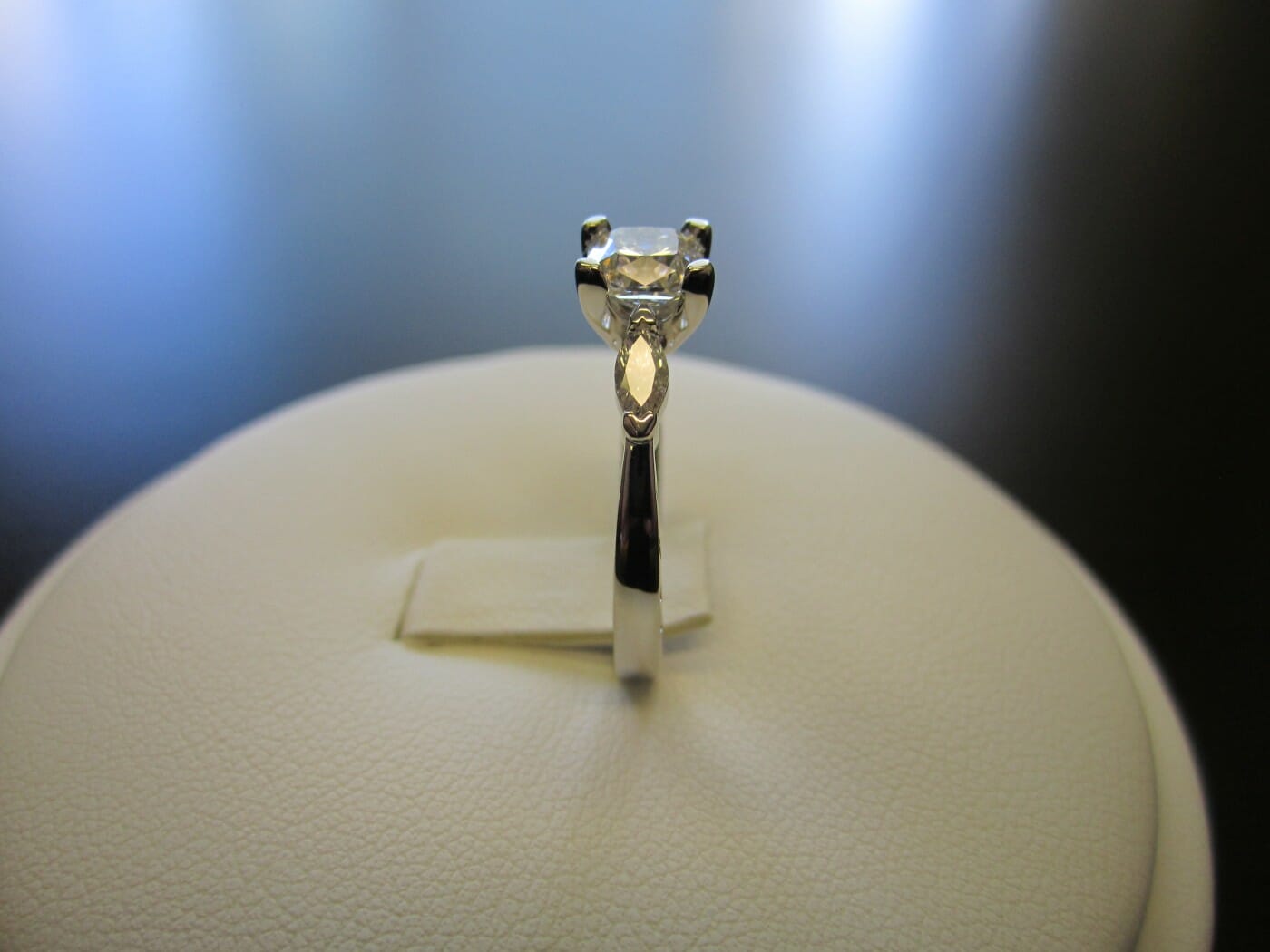 BRICK, N.J. — Ever lose something valuable in a couch cushion, only to find it later? A New Jersey couple knows the feeling.

Two weeks ago, they found it, not in a couch cushion, but wedged into a crack on an Italian sidewalk.

The Mussels were married in 2006. In the summer of 2008 they visited San Marco dei Cavoti, a southern Italian town where Margaret’s family owns a home.

“Earlier that day we had visited Pompeii and it was extremely hot,” said Justin. “My wife’s ring was loose, but she didn’t realize it was gone until later. She took a nap (after they returned to the house), and woke up and realized she didn’t have it on.”

A thorough search of the property came up empty, so they assumed it slipped off somewhere in Pompeii, gone forever.

The 1.1 carat, princess-cut diamond on a white gold band was covered under Justin’s renter’s insurance. Or so he thought. There was fine print, as he would learn later.

“If it was lost on international soil, not on U.S. soil, it wouldn’t be covered,” he said. “I did buy a replacement ring a couple of years later. Never in my wildest dreams did I ever think we would find it again.”

Fast-forward to this summer. Justin and Margaret, now 36 and parents to two boys, took the family back to San Marco dei Cavoti. They were seated on a bench in the front yard Aug. 5 when something caught Justin’s attention: Every time a car drove by with headlights on, “I saw this flicker of light coming out of a crack in the sidewalk.”

He looked closer. The crack ran several inches deep. Curious, he grabbed a screwdriver from inside the house and dug in.

And there, nine years later, was the ring.

“The odds of it falling into this crack, much less finding it nine years later, are astronomical,” Justin said.

The crack in the sidewalk in Italy where Justin Mussel found the long-lost ring in August 2017. (Photo: Provided by Justin Mussel via Asbury Park (N.J.) Press)

He called his wife over.

Earlier in the day, she had stashed her replacement ring in the house; now she dashed in just to make sure it was still there.

It was. A quick comparison of the rings proved to them, without a doubt, that they had just stumbled onto a small miracle.

“When it fell off (in 2008), it must have bounced into the crack with the stone facing down,” Justin said. “It was covered in dirt, but there was just enough of the stone sticking out of it (to reflect the cars’ headlights).”

Margaret slipped it on. It still fit.

“The band is a little scuffed up, but not too bad,” she said. “The diamond looks good. If you saw it, you wouldn’t think it was in a crack for nine years.”

Diamonds are forever, after all.

So what of the rings now?

“I’d like to save the (newer) one for one of my boys, when it comes time for them to get married,” Margaret said.

The original is back where it started — on her finger. It has the most sentimental value, of course, and an awesome story to go with it.

“I still can’t believe it,” she said. “I just keep looking at my hands.”