The Diamond Shape That Is Jewelry’s New Star 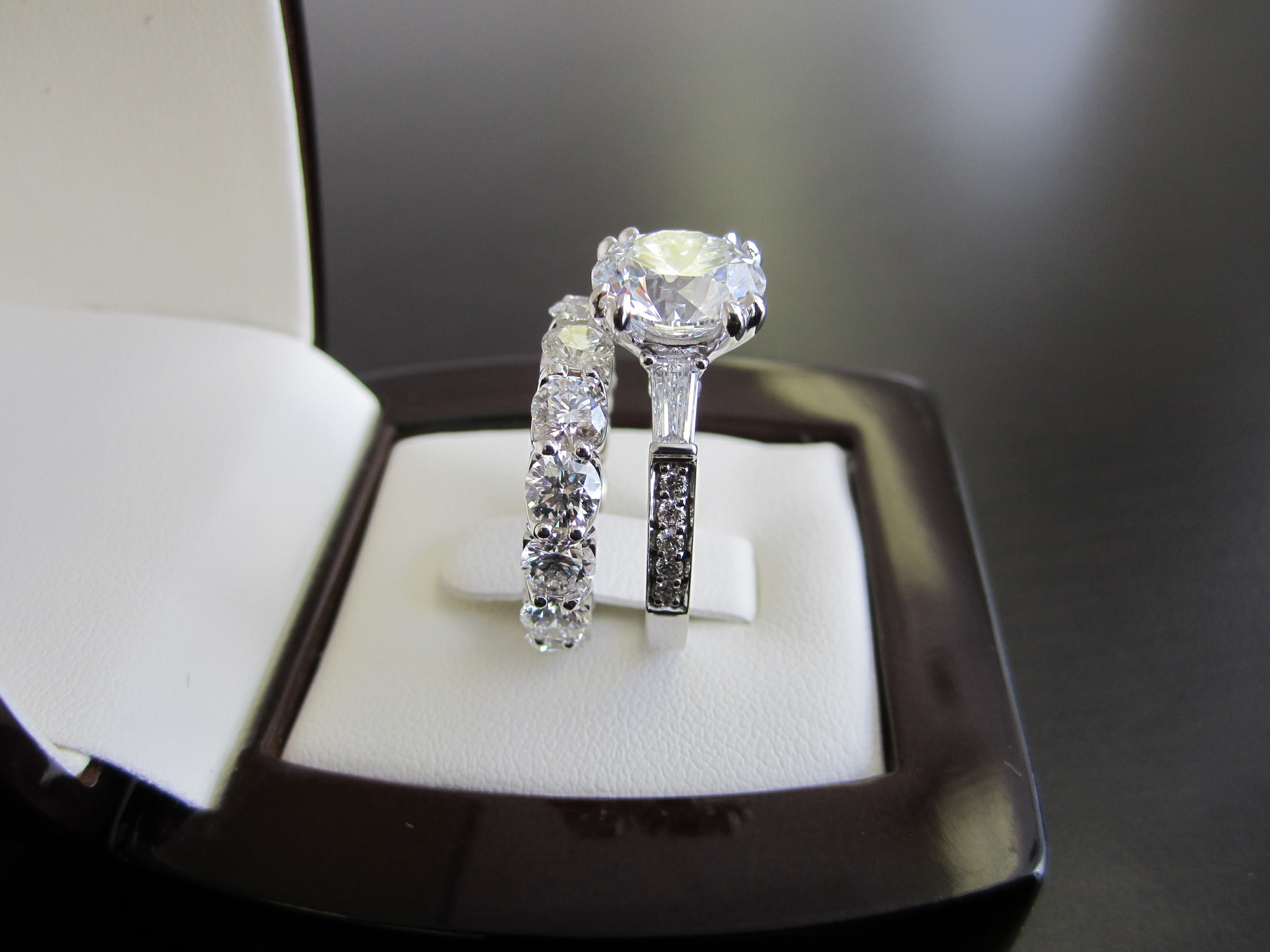 FIRST LET’S GET it out of the way. The baguette—the long, lean, rectangular cut of diamond—has little in common with the long, lean, crisp-crusted French loaf of the same name. The word is derived from an Italian noun meaning “stick” or “wand.”

The glittering baguette has most often played backup singer to the proverbial rock star, most often flanking a large round or emerald-cut stone in a ring. It was particularly visible in the 1980s when big showy gems were de rigueur. Ah, but how times have changed. The baguette is currently at the center of jewelry design—literally and otherwise. “Baguettes were late to the party but now are having a moment,” said Paul Schneider, co-owner of Twist, a jeweler with shops in Seattle and Portland, Ore., that carries modern pieces from brands like Ileana Makri and Suzanne Kalan.

The cut evolved from the unfortunately named hogback cut (whose uppermost surfaces form a peak, while the baguette’s top is flat). Though its history dates to the 1600s, the baguette cut “became more prominent in the 1920s during the art deco period,” explained Lori Gross, author of “Brooches: Timeless Adornment.” With their straight edges, the stones were suited to being creatively stacked and tiled. “Some of the Cartier and Van Cleef pieces from that period have the most fantastical shapes,” said Ms. Gross.

Baguettes are fueling a similar creative zeal today. Austin, Texas designer Nak Armstrong transforms untraditionally trapezoid-shaped, tapered baguettes, into a “pleated, ruffled, ruched look, like you would see in fabric.” He views the cut as a challenge of sorts. “Some people let the stone tell them how they should design the piece,” he said. “I want to whip them into shape and turn them into something else.”

Designer Suzanne Kalandjian, founder of Suzanne Kalan, started using baguettes six years ago, but her designs initially met with resistance. “Baguettes are [sharp-cornered] and not as shiny as round diamonds,” said Ms. Kalandjian. Customers looking for edgier jewelry cottoned to her pieces immediately, but more conventional stores, she said, “took a bit longer.” Today, her collection, which merges the romance of diamonds with spiky, geometric forms, is almost fully baguette-focused. It’s carried in places such as Neiman Marcus and Dover Street Market.

Baguettes can, of course, be used in elaborate traditional pieces, like the Bulgari necklace pictured here, but they also appeal to jewelry minimalists who might not usually consider diamonds. “The cut has a clean, architectural look that makes a statement without all the chatter,” said Greek designer Ileana Makri, whose current collection features her signature “evil eye” pieces rendered in baguette diamonds as well as a necklace featuring an inverse pyramid of baguettes.

The simplicity of the cut, however, belies its technical challenges. The cut shows all flaws, “like clear water” said Ms. Makri, so high-quality stones are a must. Setting can also be a challenge, due to the crisp corners.

Yet that’s clearly not keeping jewelers from enthusiastically using the stones, particularly designers like Ms. Kalandjian who are banking on the cut’s popularity. She, however, is confidently unbothered. “In the beginning people thought they were trendy,” said jeweler Ms. Kalandjian. “But they’re here to stay. It’s done—it’s part of life now.”