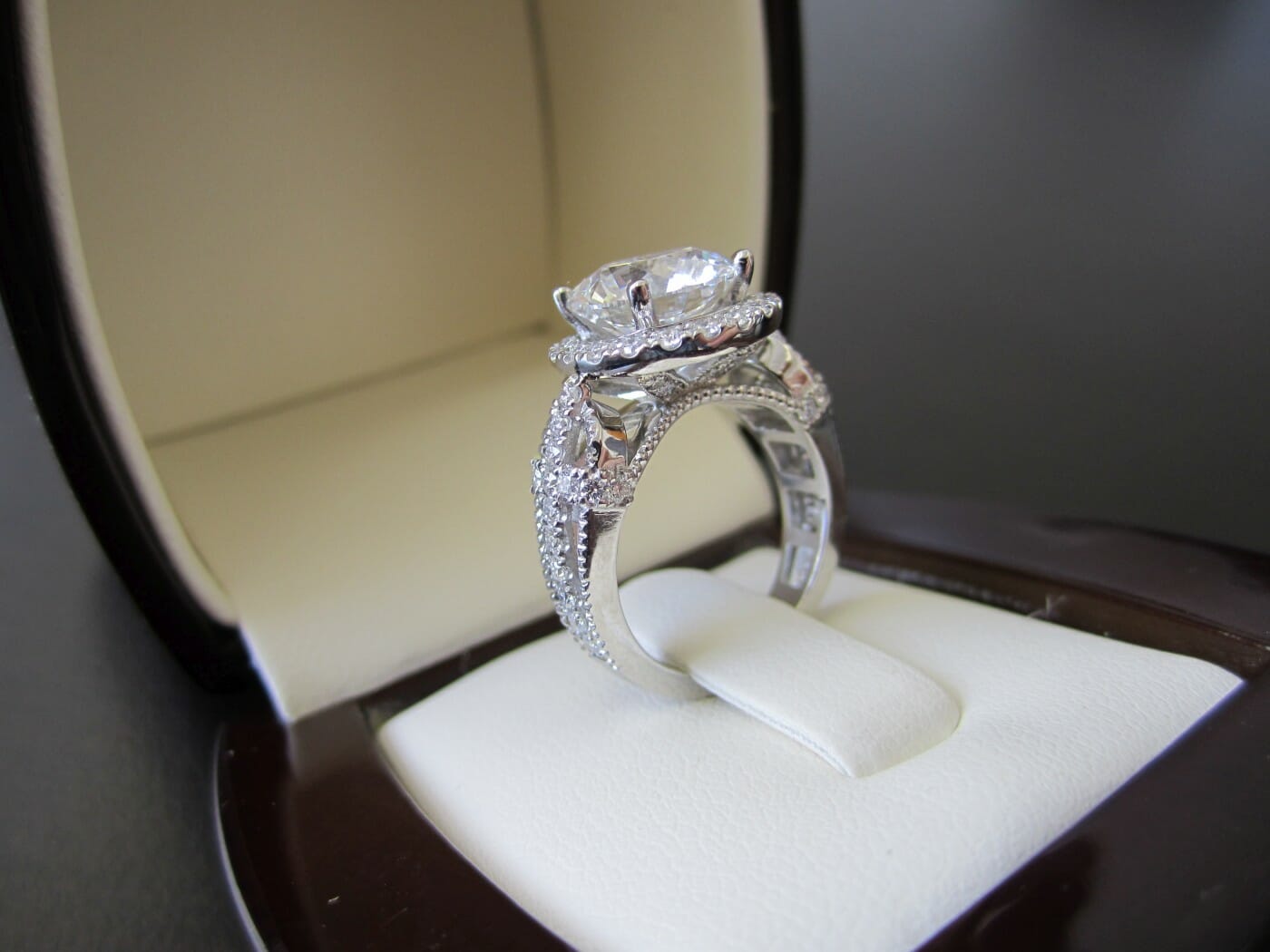 CALL me crazy, but love is free.”

Thus goes the logic of the boyfriend whose long-term girlfriend is pressuring him to “put a ring on it”.

But while a lesser man might stick his head in the sand and commit to remaining mere defactos, William Oliver took a more proactive approach.

The 30-year-old American called on the internet to help him raise $20,000 ($US15,000) to buy a sparkler for his beloved Alexandra, appealing to friends and family to help kick off a campaign he hoped would go viral.

“Sometimes we can’t quite afford expensive things by ourselves,” Mr Oliver wrote in the brazen post, explaining that he wanted to match his girlfriend’s generosity, after she bought him 30 presents for his 30th birthday.

“In 2017 I have started to realise that teamwork makes our dreams work … I’ve decided to utilize GoFundMe to let everybody who loves us show us.

“Money for the engagement is your chance to get involved.

“All proceeds will go to the purchase of a beautiful engagement ring, one that WE ALL can be proud of.”

“My girlfriend deserves the best, but why should I have to pay for it?”Source:Supplied

“She said yes”, Mr Oliver wrote in an update.Source:Supplied

But despite attracting more than 13,000 Facebook shares, the campaign managed to raise a paltry $US594.

“I hate people,” wrote Amanda Marie Hubbard. “Can no one do anything for themselves?!?! What kind of man begs for money to get his girl a ring, I would say no just for that!”

Others suggested he could have bought a more modest ring, and pointed out that “if he can’t afford the diamond, does he think he’ll be able to afford the wedding? Maybe he can sell tickets!”

In an update posted on GoFundMe on Thursday, Mr Oliver wrote that he was now happily engaged, but he was still hoping to recoup his costs.

He posted an image of his girlfriend wearing the platinum and rose gold custom ring, with caption “my girlfriend deserves the best!”

Mr Oliver defended the campaign against detractors, writing: “Why do couples have to shoulder the cost of the public’s materialistic perception of true love? Unconditional love is free, weddings are not.”