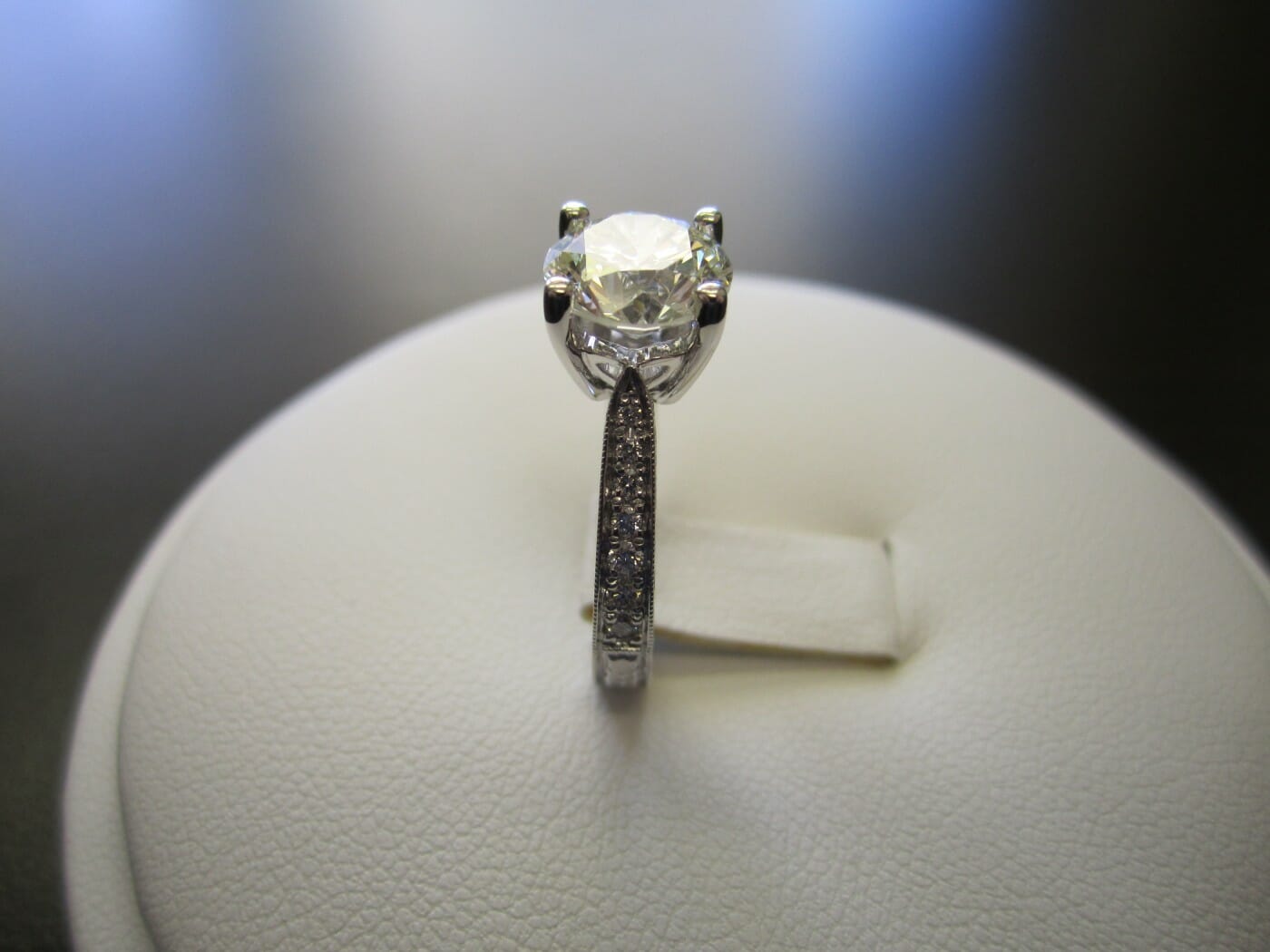 The Gemological Institute of America (GIA) has unveiled a new machine for identifying synthetic diamonds, including stones that have been mounted in jewelry.

Using advanced spectroscopic technology, the machine can pinpoint natural, untreated diamonds above approximately 0.005 carats with D to Z color, the GIA announced last week. If it determines a stone may be lab-grown, treated or a simulant, it refers the diamond for further examination.

While other synthetic-testing machines are available, many can only screen loose diamonds; a select few can scan diamonds that are already part of jewelry pieces.

The GIA will start selling the devices in late 2017 at a price that is “accessible to the trade,” it said.

The institute is also researching how to extend the instrument’s capabilities so it can screen pink diamonds and other materials as well.

“There is perhaps no greater issue in the gem and jewelry trade today than concerns about the possibility of undisclosed synthetic diamonds being inadvertently sold to consumers,” said Susan Jacques, the GIA’s CEO (pictured). “This new instrument is the culmination of more than 60 years of GIA research into synthetic diamonds and will give the trade — including retail jewelers — the ability to have immediate confidence in their diamonds.”

Wuyi Wang, the GIA’s director of research and development, showcased a functioning prototype of the machine in Surat last week at the Diamond Detection Expo and Symposium, an event hosted by the Gem & Jewellery Export Promotion Council (GJEPC).

The device complements the GIA’s existing screening equipment, including DiamondCheck, which became available for free in 2014 to diamond bourses around the world, and its Melee Analysis Service, which it launched in December 2016.