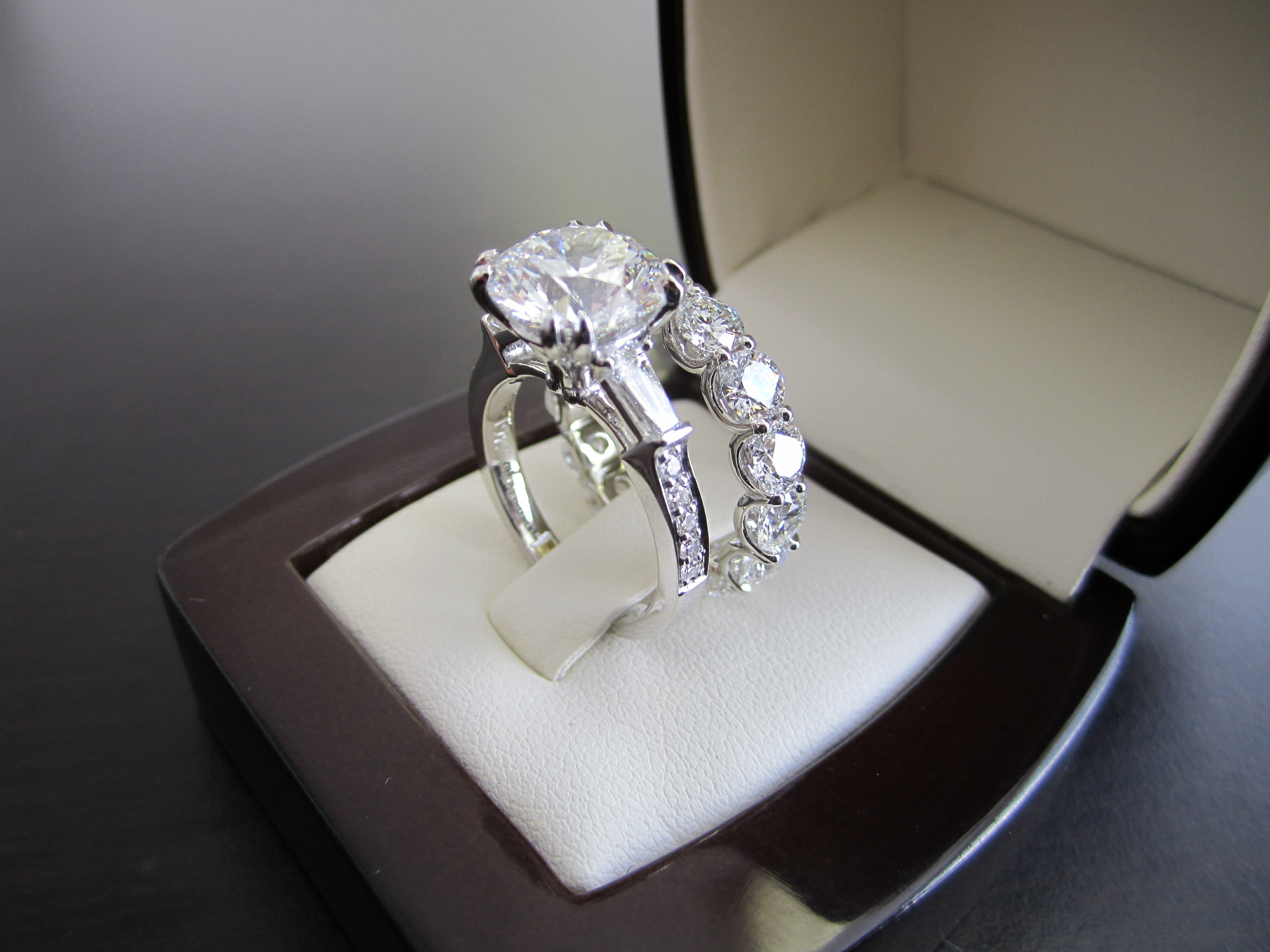 The baguette cut is named due to its long, rectangular shape after the French word baguette, for “long rod”, coming down from the Latin baculum, meaning “a stick”. This cut came out of the 1920s and 1930s, as a fashion reaction to the functionality and geometric form preferred in design and architecture of the time, such as the Bauhaus movement. Used primarily as a side stone in engagement rings and wedding bands, the baguette cut shape is a step cut diamond that is similar to other square to rectangular shaped step cuts, such as the emerald cut.

The baguette cut shape came to the fore during the early 20th century Art Deco and Art Nouveau movements. Originally used primarily in costume jewelry, the simple rectangular to square shape worked well with the art movements that came to dominate the culture of western society at the time. The straight, clean lines, and simple geometric form of the baguette cut, along with its ideal use as an accent stone, inspired jewelers at the time to create jewelry pieces that would utilize numerous baguette cut stones.

The baguette cut shape normally comes in small weights, less than one carat. Due to its smaller size, it tends to be measured by its dimensional size, rather than its carat weight. The length to width ratio of this accent stone is ideally 1.5 to 1. As a step cut stone the baguette cut shape usually has only 14 facets, fewer than the number of facets used for the emerald cut. Like the emerald cut, however, the baguette cut diamond should be of high quality, as its shape and cut can reveal more of its flaws.

The baguette cut of diamond is usually used for side stones for other cuts of diamonds, as they can serve to hide the shoulders and girdle of centerpiece diamonds. The uniform and easily matched size of this stone makes it the ideal stone for use in pave and other channel settings. Unlike round diamonds, the shape of the baguette allows them to be set side by side without gaps. The effect of this unbroken display of diamonds in a channel setting can create a startlingly beautiful light display accent. The luster and clarity, as well as the muted display of fire, that is found in the well-cut baguette shape is what allows it to function so well as an accent stone to a larger centerpiece.