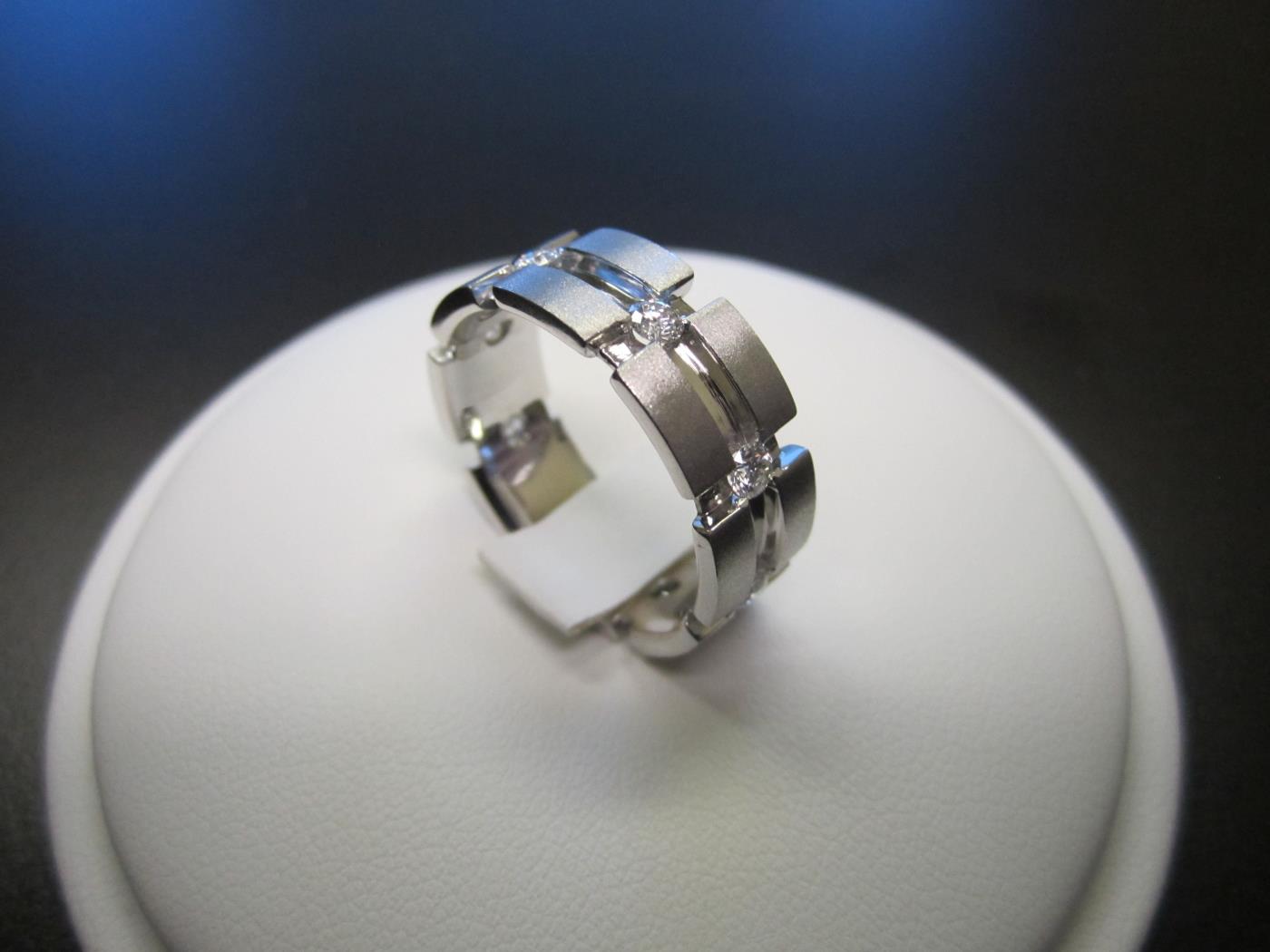 Despite a slowing demand in China, the diamond industry’s revenue value chain grew by 4 percent in 2014 and the first half of 2015, according to a new report by Bain & Company.

“The Global Diamond Industry 2015: Growth perspectives amid short-term challenges” report examines major developments in the diamond industry’s value chain with a focus on the reasons behind a drop in rough and polished diamond prices and slowing economic growth. By comparing 2014 results to the 2015 market, those in the diamond industry—most notably high-end jewelers—can gauge expectations for recovery in a climate that has seen uncertain demand and price cuts.

“Following the economic turmoil of 2001 and 2009, prices took 18 to 24 months to recover,” said Olya Linde, lead author of the global diamond industry report and a partner at Bain & Company, Moscow.

“This time, we anticipate the market has the potential to recover much quicker – within just one to two years – assuming rough-diamond producers and polished-diamond manufacturers closely monitor and manage their supply levels,” she said. “This will go a long way toward helping accumulated stocks work their way through the system efficiently.”

The Global Diamond Industry 2015: Growth perspectives amid short-term challenges report is now in its fifth year. For its research, Bain & Company worked with the Antwerp World Diamond Centre.

In the sky with diamonds
Although the diamond industry performed well in 2014, the second half of that year and the first half of 2015 was marked by a degree of uncertainty. China’s slowing GDP growth has served as a primary source of this uncertainty.

Previously, China had been somewhat of a Mecca for jewelry and watch brands as consumption for the sector saw immense growth up until 2013. In turn, this lead to “inflated expectations” by jewelers who assumed the growth patterns would be sustainable or at least consistent.

Due to jewelers’ optimism, diamond stock accumulated through the industry’s pipeline but this resulted in declining prices for both polished and rough diamonds. As a result, in Greater China the diamond jewelry market is in “turbulence,” but likely only in the short term.

Indeed, the three largest retailers have posted year-over-year drops in diamond sales. Bain found that this drop in demand has decreased prices for polished and rough diamonds 12 percent and 23 percent, respectively, since May 2014.

The decrease in price for 2015 was 8 percent for polished and 15 percent for rough diamonds, which may show that the industry is slowly rebounding.

Bain’s research suggests that once the retail sectors that stocked up on diamonds when demand was high upload the excess inventory, the market’s long-term growth will return to its “historical norm.” Overall, rough-diamond producers and polished-diamond manufacturers must be conscious of managing supply levels.

Diamonds being considered for use

The diamond industry is also facing challenges, similar to those in year past. The primary challenges include maintaining long-term demand for diamonds in mature markets, especially among younger consumers.

There is also risk from the lesser costing synthetic diamond, but Bain feels that this will not result in a significant impact in the near future. Although, a main priority should certainly be sustainable mining practices to create a “healthy diamond pipeline.”

While not a source for diamonds at this time, colored-gemstone miner Gemfields has positioned sustainability as a primary goal of its business.

Gemfields sources many of the precious gemstones used in high jewelry, with brands such as Graff Diamonds and Bulgari as clients. Recently, due to the environmental impact of and social risks involved in mining, Gemfields has pledged transparency and has consistently used its social media accounts to share brand happenings and projects (see story).

Overall, Bain feels that the long-term projections for the diamond market remains positive. Based on its findings, Bain believes that demand will rebound by 2019 with diamond interest outpacing supply.

As diamond producer on both sides of the pipeline sit tight, Bain suggests a recovery that will result in a long-term growth trajectory of about 3-4 percent per year, on average. This growth will rely on the strong United States market and continuing growth of the Indian and Chinese middle class.

“The U.S. has always been the main driver of diamond consumption and is still going strong,” said Ari Epstein, CEO of the Antwerp World Diamond Centre. “And while the industry as a whole responded too ambitiously to exponential growth in Chinese and Indian demand in recent years, the current slowdown in those countries in no way implies long-term stagnation.”

A diamond in the rough
In 2014, rough diamond revenues grew by 8 percent because of increased sales by the top five producers, despite a decline in the volume of carats mined. Despite growing revenues, Bain suggests that rough diamond supply is expected to decrease by 1-2 percent, per year through 2030.

British jeweler De Beers was among the brands that accounted for nearly 90 percent of the more than $1.2 billion in rough diamond sales in loose diamonds, engagement rings, wedding bands, earrings, pendants, bracelets and diamond rings.

While this is seemingly a positive, in August 2015, De Beers cut prices in an attempt to increase sales as the diamond industry continued to suffer.

Unidentified sources confirmed to Bloomberg Business that the company is planning to reduce prices as much as 9 percent after production cuts earlier this year failed to remedy the situation. De Beers hopes that by cutting prices it may appeal to a wider range of consumers and buoy the global diamond industry by increasing demand (see story).

While earnings before interest and taxes were mixed in the first half of 2015, many of the larger jewelry brands were able to sustain, or even increase profitability, despite a decline in revenues.

“The entire pipeline is now recalibrating its output and prices to adjust to somewhat lower growth forecasts,” Mr. Epstein said. “Furthermore, the measures the major miners have taken in response to the needs of the midstream, together with initiatives to stimulate demand for polished diamonds, should bring the pipeline back into balance.

“Every indicator points to a recovery starting mid-2016. We remain confident in the long-term prospects for the diamond industry,” he said.