What Do You Do with a Useless Engagement Ring? Here are 5 Ideas 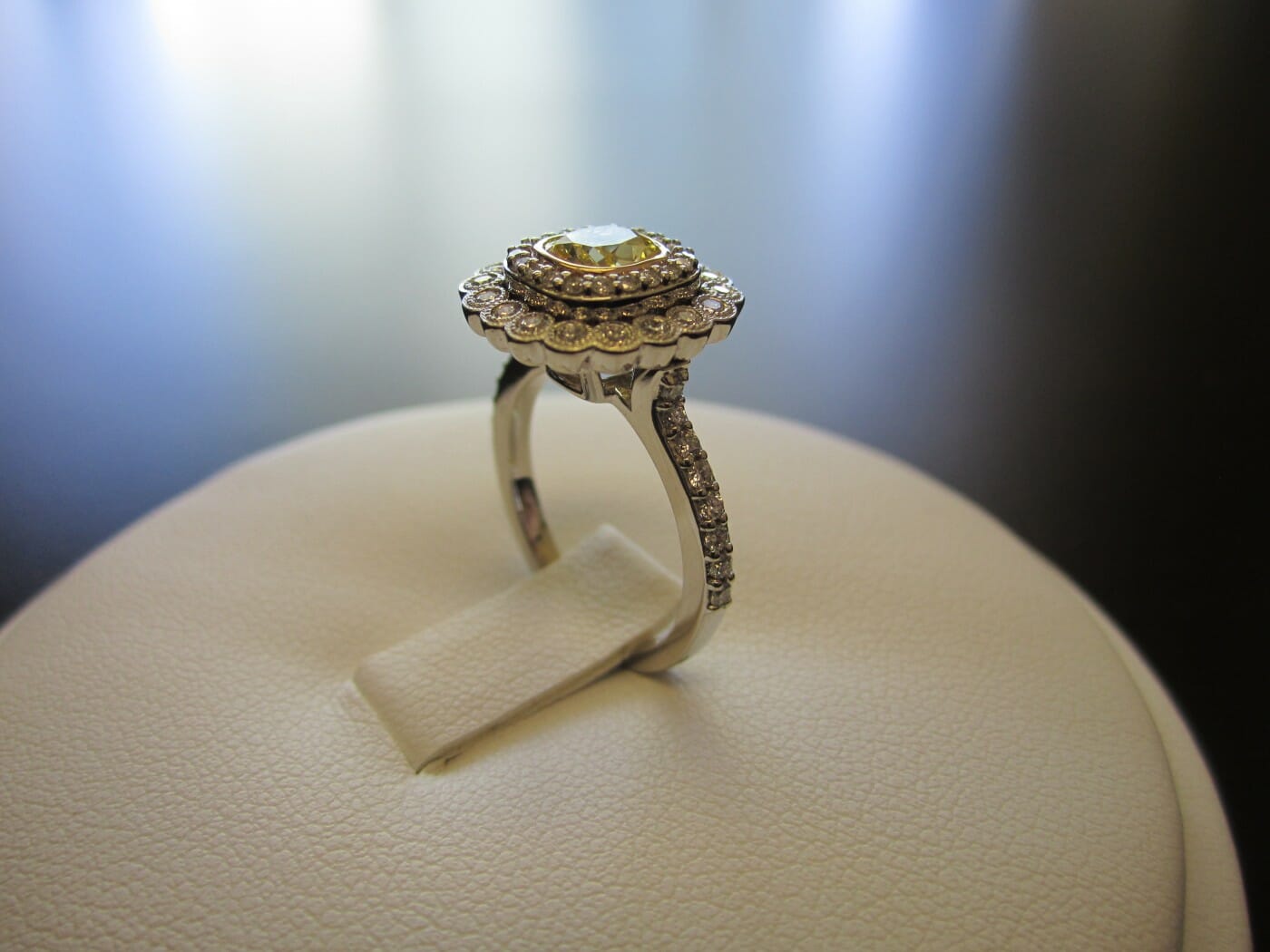 If you scrimped and saved to buy a sparkling engagement ring for your beloved, but the relationship didn’t work out, what would you do with the ring?

You could hold onto it until you found another person worthy of your love and your precious stone. You could cut your losses and sell it online or through a jewelry shop. Or you could hawk it in the halls of Congress.

A reader spotted a flier in the basement of the Cannon House Office Building this week, offering a diamond solitaire engagement ring for “$4,500 OR Best Offer.” Congress – a place filled with hopeful souls, broken promises and constant wheeling and dealing – feels like the perfect setting to find a new home for discarded jewels.

Calls and an email to the seller, in an attempt to get the ring’s back story, were not returned. (Since the seller’s cellphone voicemail has a male voice and name, we’re assuming he identifies as a man.)

Failed proposals and broken engagements aren’t tracked the way marriages are, but a 2014 study did find that spending $2,000 to $4,000 on an engagement ring was associated with higher rates of divorce. So he probably dodged a bullet there.

Jon Mervis, who works in business development at Mervis Diamond Importers, says that their stores generally take rings back after a reasonable period of time, “if you bought it to give it to a girl and she said no and it’s new,” like the “brand new” ring advertised in the flier. Custom-made rings, however, are more complicated. Sometimes customers come back with a ring from a relationship that didn’t work out years ago, Mervis says, and they can trade it in and use it toward purchasing a new ring for a different person.

Since we weren’t able to talk to the seller about the ring and its prospects, we came up with five ideas for what he could do with it:

1. Hawk it on an online marketplace – here’s one that was started by a jilted fiance himself. “We’re dealing with people going through something tough, but we’re able to do something superior for them,” says Chris Delgado, head of the company that owns I Do Now I Don’t, a marketplace for buying and reselling jewelry. Then the seller can book a dream vacation, or solo honeymoon, with the proceeds.

2. Create a Rent the Ringway, and lend the ring out to women who would like to be engaged for a night or two. Maybe they’re about to see an ex at a party or a wedding, and would like to instill some jealousy. Could double as a dating service for the ring’s owner, if played delicately.

3. Keep it around as a prank for first-second-third dates of his future. She who laughs, rather than runs, is probably a keeper.

4. The seller could film a music video (how about a “Hotline Bling” remake?), shot in all the spots that were meaningful for the now-disbanded couple. If the video goes viral, the seller could raise that asking price.

5. Does Sallie Mae accept payment in the form of jewelry? Similar to diamonds, student loans can last forever.

You’re welcome, diamond-seller. And good luck out there.